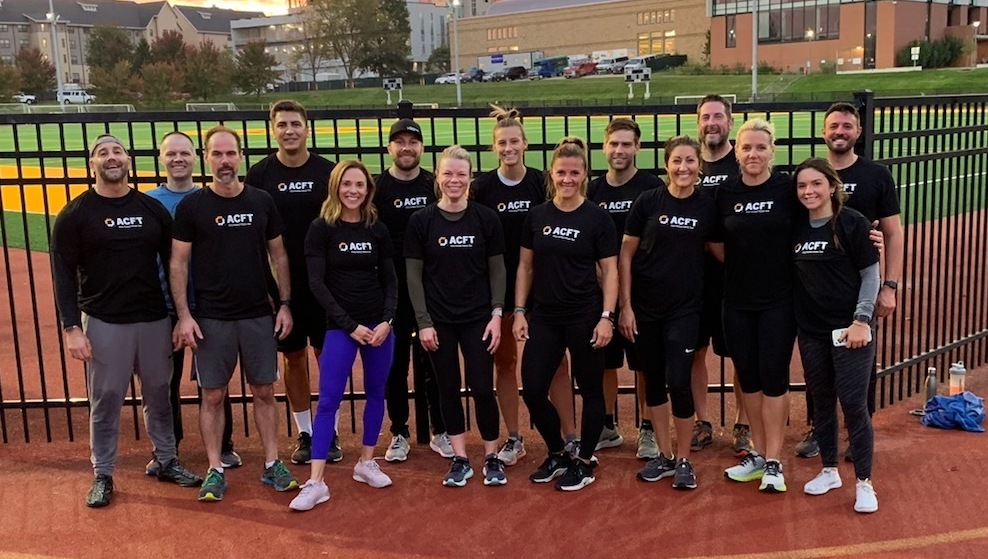 On October 20, before most of us were even awake, 15 brave souls from EquipmentShare completed the Army Combat Fitness Test hosted by the MU ROTC on the University of Missouri campus as a way to honor those in uniform. This is one of the many activities EquipmentShare takes part in to honor our heroes. By the end of 2022, EquipmentShare plans to double the number of veteran employees at our yards and facilities to 15 percent of our total workforce.

Each soldier in the United States Army is expected to pass this physical test in order to maintain combat fitness readiness. The ACFT is designed to mimic the physical tasks and stresses associated with combat and measures power, speed, agility, balance and muscular and aerobic endurance. The test has evolved since 2013 to the latest version, 3.0, which has been adapted to take into account the physiological differences between genders and added new movements. Each movement has a point value and soldiers must score at least 60 points to pass.

Scoring is used to determine military occupational specialty and some specialized positions require a higher score than the minimum. To see the test movements, visit  https://www.army.mil/acft/.

This test consists of:

Are you a service member returning to civilian life or a veteran looking for a new mission? Check out our open positions and learn about our company culture at equipmentshare.com/careers.