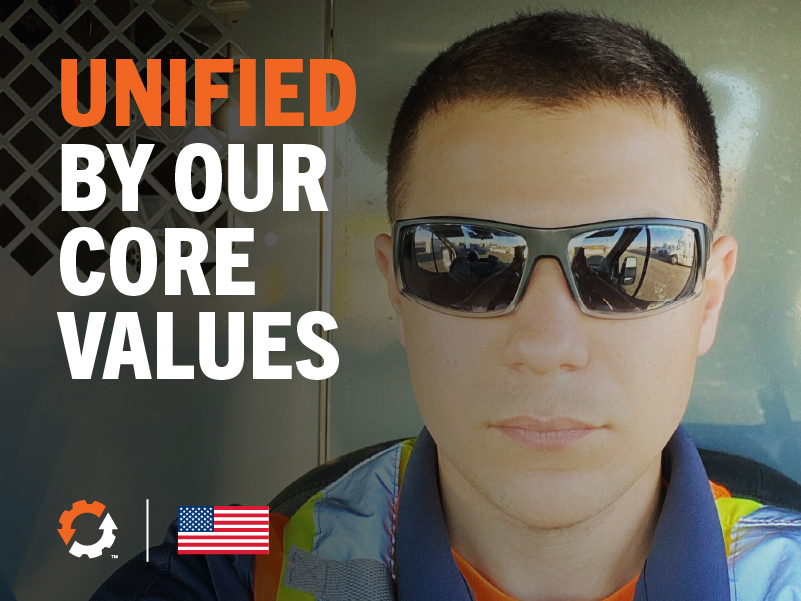 Justin Scott was born into a world of service and teamwork. The youngest of ten siblings in Oregon and the son of a Navy veteran, Justin grew up knowing what it was like to be a part of a team that took care of each other.

Justin’s father was a crane operator and underwater welder in the United States Navy. Several of his siblings joined the military including Army, Navy and Coast Guard.

“Dad was in the Navy and a lot of us kids followed in his footsteps,” Justin said. “My grandfather was also in the military. School wasn’t really my forte, not that I didn’t do well, I just got bored easily. So when a recruiter visited and told me about the opportunities in the military, I decided to join up and become a mechanic.”

After completing basic training in 2009, Justin went to Advanced Individual Training school to become an all-wheel vehicle mechanic and was then recruited to become a diesel mechanic. During a deployment to Afghanistan, Justin learned he would be much more than a mechanic.

“The ‘fun’ thing about the Army is that you get to do lots of jobs that aren’t your specific job including guarding gates, escorting people and learning about public relations. That prepared me for being able to do just about anything asked of me.”

After serving four years of active duty, in 2013, Justin joined the reserves and transitioned fully to civilian life in the summer of 2020. In October of that year, Justin joined EquipmentShare as a telematics installer in Portland, Oregon. Justin quickly advanced to regional installer for the Gulf Region, and eventually parts assistant and then parts manager for the Corpus Christi branch.

Once he found EquipmentShare, Justin knew he’d found the place he wanted to stay long term and build his career. The team atmosphere was a draw for Justin, as well as the ability to grow and evolve with the company.

“The Army will adapt to find you the best career and so will EquipmentShare,” Justin said. “You can work anywhere, and if you want to switch jobs to something that you’re capable and interested in, you can if there is an opening. I started off as a telematics installer in Portland and now I'm a parts manager in Corpus Christi. Not because I was dissatisfied, but because I saw a new opportunity to grow and EquipmentShare made sure I was able to take that opportunity.”

Several skills Justin gained in the military help him in his roles with EquipmentShare — and not just his diesel mechanic skills.

“Being able to adapt well under pressure has been a great skill I learned in the military,” Justin said. “Staying calm and level-headed in a high-stress situation has helped me as a parts manager for EquipmentShare. I’m one person to 12 mechanics and I have to bounce between important tasks and fielding calls from customers every day on the job. The military prepared me for that.”

The day-to-day work isn’t the only thing keeping Justin around. After years of being part of a team atmosphere, Justin was looking for that again – he found it at EquipmentShare.

“The cool thing about the Army is the camaraderie — I bounced around after the military and job-hopped,” Justin said. “I’ve been a shop foreman, a field service tech. I’ve even done sales, but none of the places I worked had the team and people-focused culture I was looking for. It just didn’t feel right.”

EquipmentShare’s People First mentality was never more apparent to Justin than when his father had a heart attack shortly after his move to Texas. Justin is particularly close to his father, who served as the officiant for his wedding to his husband and officiated two other siblings' weddings, as well. When Justin’s family needed him the most, his team at EquipmentShare made sure he had the support he needed.

When Justin isn’t helping keep the Corpus Christi parts department running, he shares a home in Corpus with his husband of three years, Logan, and their four dogs Mia, Neo, Paris and Berlin. Justin stays active, eats well and loves to ride motorcycles with a group of friends as a mental health outlet.

“I love riding my bike and I love to go fast,” Justin said. “It has nothing to do with adrenaline and everything to do with zoning out. When I ride, I can zone out and our group rides as a unit. It’s peaceful and we take the stress out of our day, re-center and chill out. Some people lift weights as chill-out time, but this is what I do.”

To stay physically healthy Justin likes the gym stipend provided by EquipmentShare along with other wellness resources.

“It’s a unique feature — and gym fees add up over time,” Justin said. “It’s one thing for a company to say we want you to be well, but it’s another thing for the company to actually give you the tools to do what you need to get well. And I love earning the Awarded Time Off each month so I can go enjoy my hobbies.”

Above all else, Justin found his calling at a place that puts people first at all times and fosters a culture of teamwork and camaraderie.

“People are inherently good and when we allow them to be themselves and welcome them, the team forms and pulls together,” Justin said. “There’s a crazy amount of knowledge we can learn from each other on the job and just about life. It never feels forced.”

To find your second career as your time in the military comes to an end, visit equipmentshare.com/veteran-hiring to learn more about our open positions, internships and apprenticeship opportunities. 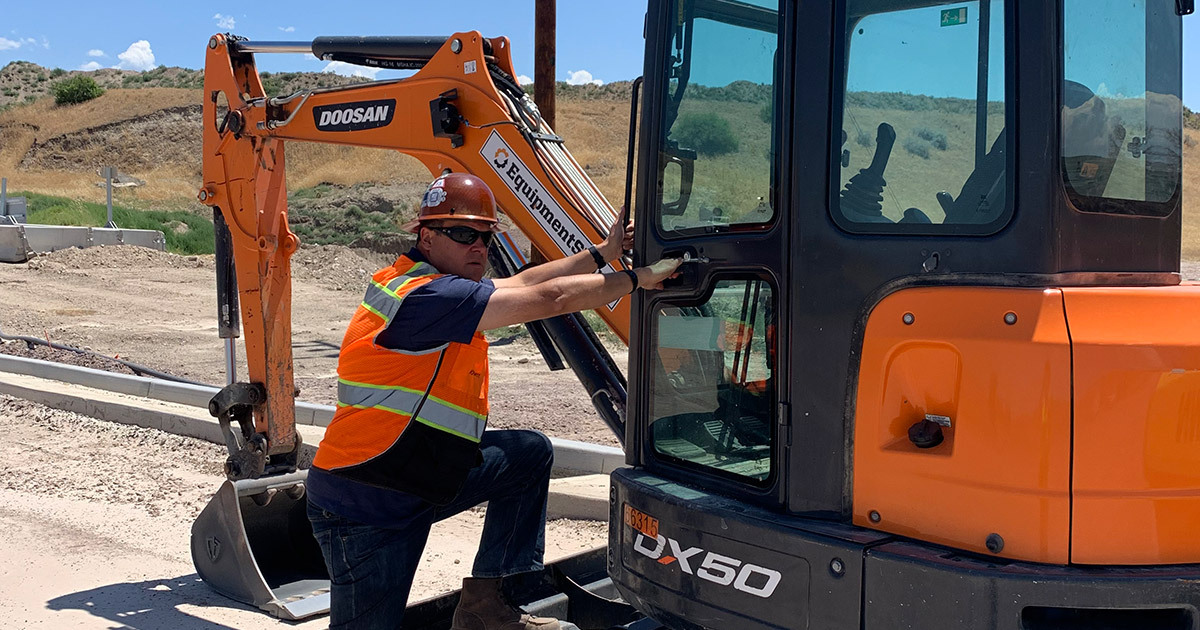 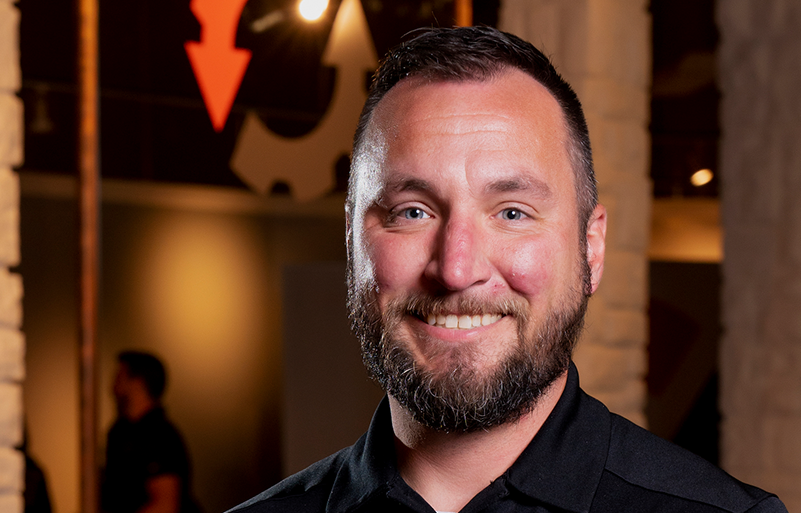 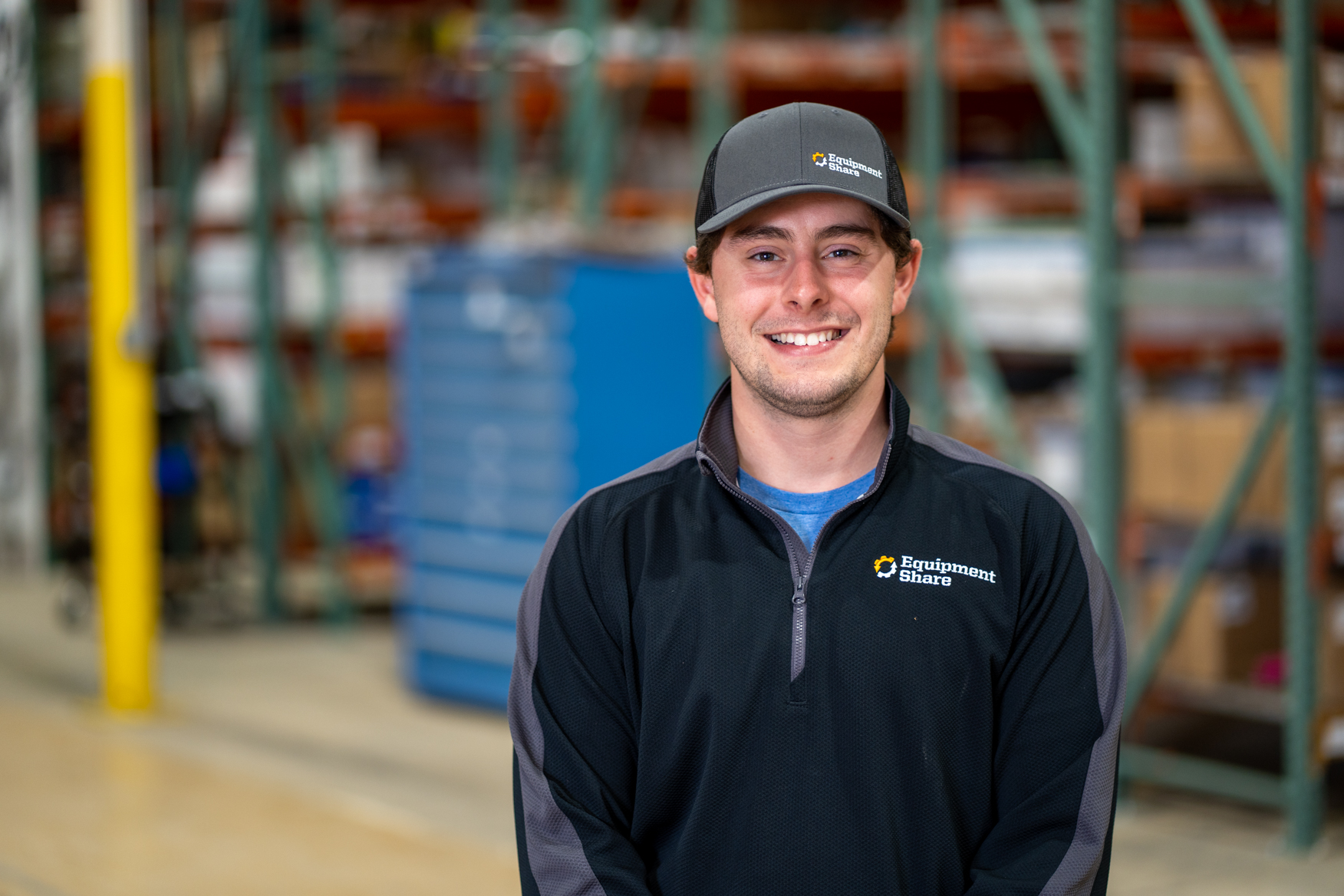